Contributing one of the largest loans from a single collection, the Lopez Museum and Library successfully brought over ten paintings by Juan Luna to be part of the National Gallery of Singapore's (NGS) exhibition, Between Worlds: Raden Saleh and Juan Luna. The Luna component of the exhibition curated by Lisa Chikiamco, features works of the Filipino painter loaned from various private and public collections both in the Philippines and abroad, in addition to those in the NGS’ permanent collection. Unveiled last November 16, the exhibition is a must-see for both the Filipino and global audience alike, with rarely seen paintings from Luna’s Roman period to his other monumental works now on view for the public to enjoy. 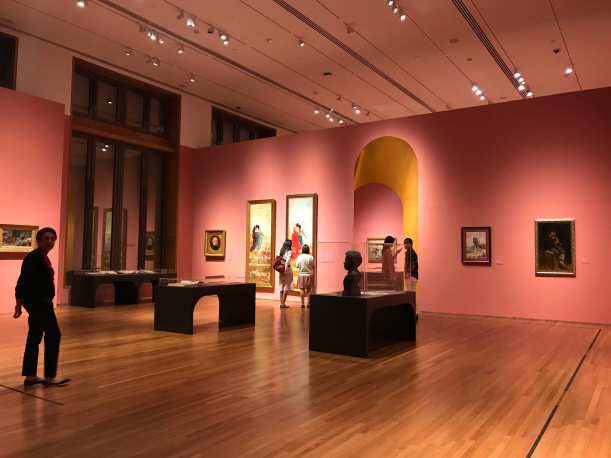 LML’s collections management department and conservation center worked in close collaboration with representatives from the NGS for the preparation of the artworks. Each step of the process was meticulously monitored and executed, from the creation of the crates that would hold the canvases in transit, to overseeing the unpacking of the artworks, until their installation onto the walls of the galleries. Utilizing best practices in collections management, the LML worked to ensure the security of these national treasures. This endeavor became an opportunity for the museum staff to refresh and improve their skills in collections management and for the museum to engage with colleagues in the field — what is hoped to be an initial foray into possible collaborative projects in the future. 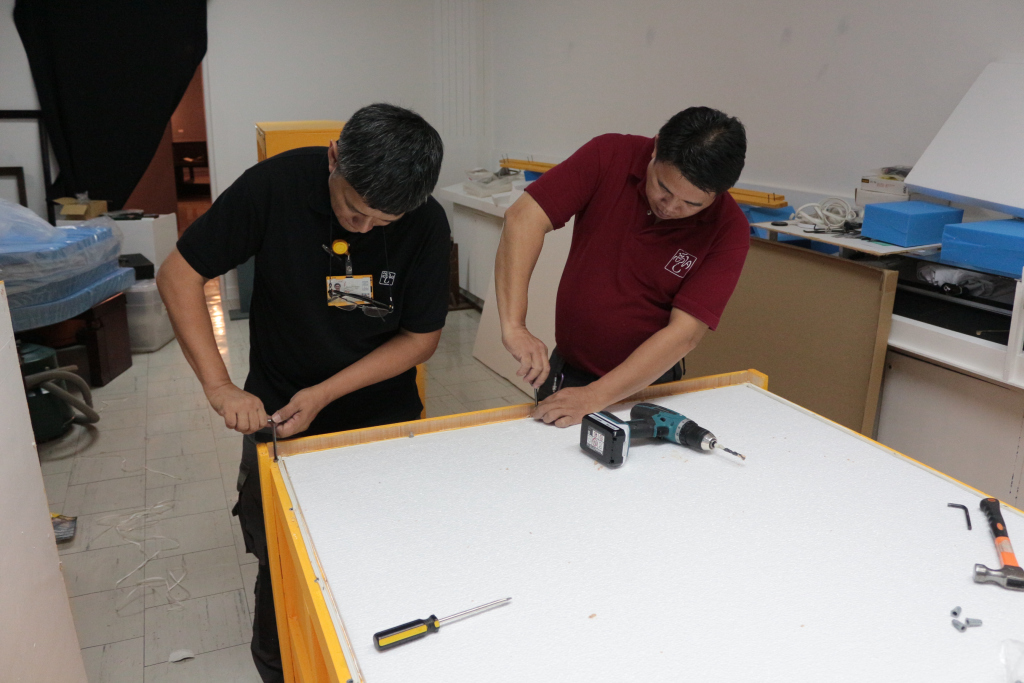 The Lopez Museum and Library’s España y Filipinas (c. 1888-1893) is now on display alongside the iteration of the work from the National Gallery of Singapore Collection. Flora is scattered along the steps, and billowing fabrics are strewn across the two women; the differences display the artistic process of the Filipino painter and his attention to detail. LML commends the extensive research carried out by the NGS curatorial team, filling in gaps and giving richer context not only to the reunited pair, but to the exhibition as a whole.

The ten Luna paintings from the Lopez Museum and Library collection will be on display at the National Gallery of Singapore until the 11th of March 2018.  For more information about Between Worlds, visit https://www.nationalgallery.sg/.

Between Worlds is part of the showcase Century of Light, which features two exciting exhibitions on art from the 19th century, a post-Enlightenment era of innovation and change. Together with Colours of Impressionism: Masterpieces from the Musée d'Orsay, the show demonstrates the range of painting styles and art movements that emerged in Europe during this formative period, which has been and continues to be influential to the development of art in Southeast Asia and around the world.