Fuzzy Logic touched on how the polarities of art and science fail to register as distinct and how buzz terms like calculation, control, abstraction, intuition, experiment, chaos, and precision get bandied about by artists and scientists. The show set off discourse on art and science as necessary, if uneasy, co-agents generating ideas on how we engage with the everyday—where competing cognitive frames weigh in as persistent notions of ones/zeroes, in/out and black/white. By bringing together art created by a cross-generation of Filipino artists, Fuzzy Logic looked at how they reckoned with the messy questions of novelty, mobility, volatility, materiality, taxonomy, and the mediation of finite ends.

It attempts to craft a tentative survey of how Filipino visual arts and popular culture have, over time, weighed in on questions of craft, mechanization, industrialization, and development, and living in the age of interactive TV, surveillance cameras and Pinoy Big Brother. A cursory scan through relevant reads reveals that these engagements span ironic extremes—from ultra-nativism/self-exoticization to hybridization and blind appropriation and yet, Fuzzy Logic plays on the volatility that rings with shifting territories, ever-changing avatars, elastic virtual communities, and multiple versions of the real.

Science and technology’s penchant of exactness and predictability have traditionally been at odds with often spontaneous liberties taken in the name of artistic creativity. And yet even with growing numbers of artists getting wired, moving from the use of precision and power tools to digital media and all the sampling, ripping, and montaging that’s come with Internet access; the seemingly blurring lines between techies and artsy types still come dogged by almost cynical acts of assimilation and resistance.

For the fifth Zero-in, the Lopez Museum took artworks from their collection and loaned some from Galleria Duemila, ABS-CBN, and individual aritsts. One of the featured artists was Louie Cordero with his work Crash Test Broadcast (1999), whose work was loaned from the artists collection. Another artist feature is Hernando R. Ocampo with his paintings Mutant (1964), Untitled (1955), and Requiem. Other guest artists in the show include: Louie Cordero, Federico Jimenez, Wire Tuazon, Ronald Achacoso, Roberto Robles, Pandy Aviado, Charlie Co, Francis Cabrera, Santi Bose, Rodolfo Albanos, Gabriel Barredo, Yason Banal, Alvin Villaruel, Kidlat Tahimik, and Ojeng Jocano. 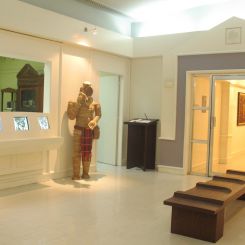 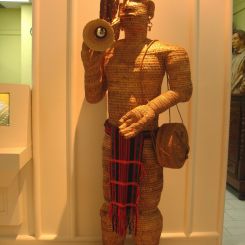 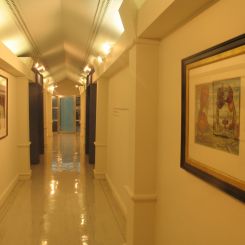 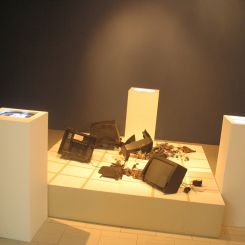 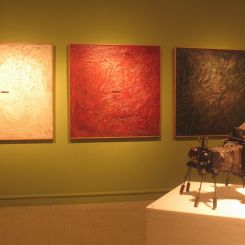 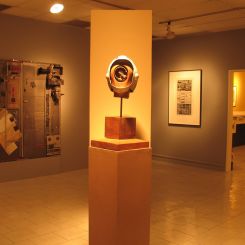