The tragedy of 9/11 and the entanglement of the world in another war did not presage this year to be kind. Economies around the globe slowed down. In the US there had been the threat of cutbacks in art funding from the government; private funding also appeared on the downside. In the UK, big museums we urged to take a greater role in schools, and eventually make themselves integrated within the education system, a means by which the amounts they spend are justified within the strata of social justice. Such signs from the developed countries do not signal good times for the art and culture sector for the rest of the world. What it does is encourage those in this area to develop alternative ways of survival.

The Lopez Museum and Library puts together Essence and Sympathies as part of the the Zero-In exhibitions is inspired by a core of works found within the Lopez Museum and Library collection, which was collected by Don Eugneio Lopez, Sr. during his travels out of the country. These works are composed of paintings by artists Romeo Tabuena, Macario Vitalis and Nena Saguil. This act of patronage reflected a flourishing nationalism characteristic of the late 1960s.

“What makes Philippine Art Filipino? ...How about our expatriates? Can the Spoliarium, executed by Juan Luna while in Europe, be considered a Filipino painting? Is Macario Vitalis less, or no longer Filipino, living and painting in a village by the Breton sea for the last 40 to 50 years? Hasn’t Bencab become more ‘Filipino’ living and painting in London? Is Tabuena in San Miguel de Allende now to be considered a Mexican painter?” – Leo Benesa, 1976

The collection was further strengthened when Roberto Lopez and later Eugenio Lopez, Jr., acquired important and significant works by artists with ties to the Philippines--- Fernando Zobel, Alfonso Ossorio, Federico Aguilar Alcuaz, as well as that of works by Juvenal Sanso, and one-time émigré, Bencab.

“The search for identities are all profound longings for this home… we are all exiles in that we are born into the world. Perhaps, if we accept this state as a condition then we can more at ease with our otherness and simple be in that simultaneous place of being and long (be/longing).”- Lani Maestro

This diaspora continues unabated among peoples of all nationalities and sympathies. Whether encourage by need, survival or escape, the move include artists, some of whom have gained international renown. We have invited three artists with bonds of the Philippines, but continue their practice elsewhere: Lani Maestro (currently based in France), David Medalla (based in the UK) and Manuel Ocampo (based in the US, but has been in the Philippines for the past seven months).

The tenure of “art” in the Philippines, if valued as a colonial inheritance, is an art of the “other.” It is an art in the sense that, on one level, it is displaced from its origin and takes root in a conquered terrain. On another, it stands against the civilization that props it up: it is out of, freed from, but also used to be of the center—of the hegemonic axis of empire—and therefore before it. What is of interest in this flux of loci is the process of transmission as well as of reconversion that disposes the contingency of this eccentricity, of the very condition of exception—a certain curiosity and queerness, potential and threshold—of the Philippines as a colonial possession.

Distinction, if accessed through a post-colonial trajectory, inevitably forms the basis of discrimination: as the aesthetic subject of heightened acumen learns to discriminate between the banal and the lofty, between hues and textures, so does he or she learn to discriminate trait of gender, color of skin, or gesture of class. This initiation into the competence, on the one hand, and with the exposure to the risk of others, on the other. – Patrick Flores, Self/Less.

Centuries of colonizations, wars, diasporas, plagues, natural calamities and emigration have caused borders to be breached. Spatial systems and cultural barriers have been crossed and re-crossed. Journeys to and from, and the returns to original destinations have been made. The world becomes a palimpsest of crossings-layered by the historical projects, imaginings, paths made by the self and the other. Notions of identity have radically shifted from one elemental point to a convergence of internal and external multiplicities, including that of multiple identities.

As globalization expands the world, and people continue to move or decide to remain-queries that pertain to who we are and where we come from cannot be answered without a tortuous complex account. The self has become the depository of a series of questions, and answers of origin, authenticity, history, language, memory.

The exhibition brought together works by artists who were born in the Philippines but had moved to live and work elsewhere. It also featured artists who had chosen to remain. Essence and Sympathies sought to understand the ideas and sentiments that run between migration and exile and the conscious or unconscious choices made by artists before, during, and after the act of dislocation. Queries that pertained to who they were and from where they came were answered with tortuous and complex accounts. 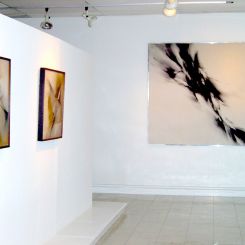 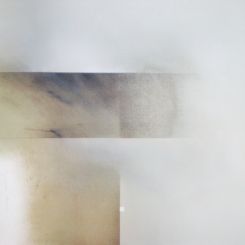 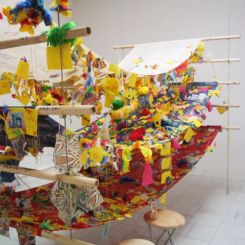 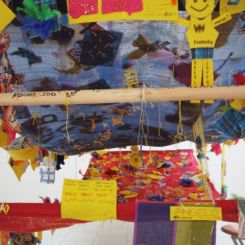 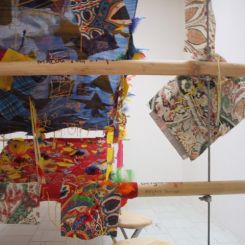