Tell-Tale: The Artist as Storyteller, Amorsolo as Co-Author

Tell-tale or telltale refers to something or someone which/who reveals something that should be withheld. In the context of Philippine art history, it would seem that many people know a lot about the featured artist, Fernando Amorsolo (1892-1972), but if one looks at what he has chosen to omit in his works, or look at works which have often been glossed over or not given much attention, it may show us something new about the artist. The title is also a play on words as the art which Amorsolo has done for a variety of writing projects can also be read as narratives. It also emphasizes that the writer and the illustrator are equals (coauthors). What American poet, typographer and author Robert Bringhurst wrote about the book designer as interpreter who enables the intersection and interaction of the things inside the book and outside of it in the space s/he creates may also be true for illustrators. In the works of Amorsolo on display, one may see how the politics/ideology may be made obvious or may be emphasized or may be softened.

“… More accurately, it was the shadow areas he painted with a richness of colors… The color-richness of his shadow areas are what exude the quality of Philippine light…” – Alfredo Roces

Amorsolo was said to have used up his father’s pencils and papers because he would draw a lot. While studying at the UP School of Fine Arts, Amorsolo made pen-and-ink cover designs for El Renacimeinto, illustrated Inigo Ed. Regalado’s Madaling Araw and their first Tagalog novel of Severino Reyes, Parusa ng Diyos. Regalado fictionist poet and playwright, was a classmate of Amorsolo at the UP School of Fine Arts. He was also editor of Telembang. Telembang and Lipang Kalabaw were politically-oriented magazine whose illustrators produced cartoon caricatures of political figures, believed to be the forerunner of the present-day komiks. 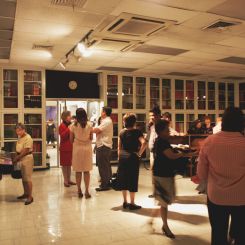 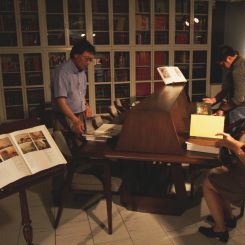 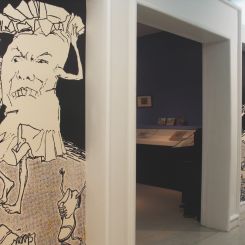 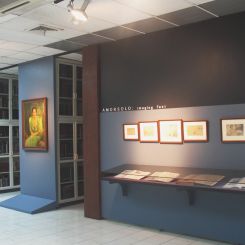 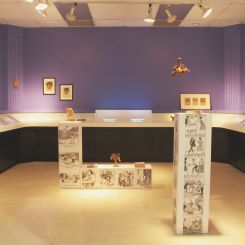 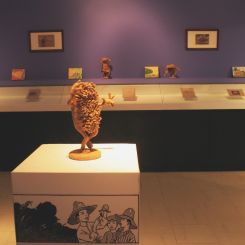 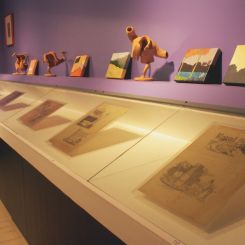 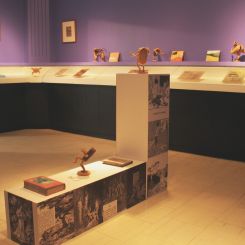 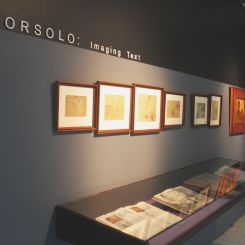 Beyond looking at these images as potboilers, the exhibition hopes to look at how artists such as him may have consciously or unconsciously brought other layers of meaning upon these primarily didactic texts.

In contrast to Amorsolo’s signature re-presentations of benign peasants and idyllic scapes, what National Artist for Literature Francisco Arcellana called ‘pictures that do not speak,’ quite a number of artists’ illustrations were emotionally charged renderings pregnant with high drama and evocative of the turbulence of self-construction even as they were couched within the context of the pastoral and rustic.

The exhibition hopes to explore how this partnering up with figures such as Severino Reyes (Parusa ng Diyos), Inigo Regalado (Madaling Araw and the Telembang strips Kiko and Angge), Camilo Osias (Philippine Reader) introduced another dimension to Amorsolo’s otherwise somber body of work.

Amorsolo’s graphic work also took a decidedly idiosyncratic turn in publication such as Lipang Kalabaw where he takes on, among other things, the very real tensions between city and province in the idiom of what could easily pass off as pro-genitor to the city slicker-probinsyano/a wranglings in later strips such as Kenkoy and Rosing.

Even in overtly didactic mode, Amorsolo’s work was uncharacteristically infused with whimsy and (now in hindsight, what can regarded as) surrealist horror.

The parallels between this particular set of images and contemporary illustration and graphic novel aesthetics will be explored as the museum invites young artists to weave alternate stories taking off from “A Little Boy’s dream,” a section of Camilo Osias’ text.

Tell Tale: Amorsolo as Illustration explores notions of intertextuality (as it moves into the domains of the visual and literary) in re-visiting the work of Fernando Amorsolo. It will also attempt at a degree of trans-generational resonance in re-introducing a more multi-dimensional Amorsolo to artists, readers, viewers by engaging the intervention of contemporary artists in its adjunct exhibition.