Critical Remedies is a joint exhibition featuring Norberto Roldan and Nona Garcia reveal worlds mediated by people with knowledge and those legitimized within their own communities. Their discourse, rituals, and audiences have points of intersection that address the fundamental issues which mark the human condition. It brings together the counter-practices within art and medicine to create a visual tension between the works of artists who look at the extremes of the restorative profession: the tools of surgery and vials from the local healer. Garcia paints surgical objects as coldyly as if they lay in surgery waiting to be unwrapped and utilized. Roldan collects bottles filled with magic of local healing and in his words, “create a mixture of sorcery and faith.”

Norberto Roldan’s Faith on the Periphery dramatically amplifies the complexity of Filipino spiritual life. The three parts of the installation compromise a layered model of faith practices. At the very center rests a table on which objects of a sorcerer’s rituals are strewn. Dried seahorses, herbs for regulating menstruation, bottled charms and the tools of contemplation, cigarillos and gin, are set out for the rites of healing through faith and sorcery. The practical components of magic laid out for use allow viewers to enter that world as if it was theirs. The immediacy of the work demystifies the albularyo’s practices and mirrors the everyday concerns which cause people to seek them out.

Defying the accessibility of the table are the seven medicine men/seven archangels situated behind it. Lit with flickering lights, they acquire a halo-like glow. The figures convey an eerie presence heightened by the recognition that they are actual charms. This they are invested with a charged authenticity.

Yet at the same time their function here is far from their original use.

They are exhibited in a zone of high culture, the Lopez Museum and Library. Removed from functioning as spiritual objects,here they symbolize indigenous spiritual practices as a whole. Powered by electricity and elevated on platforms, they operate as performative display. As much as the Sorcerer’s Table invites engagement, these medicine men/archangels impose distance.

Nona Garcia’s work, on the other hand engages with physical absence. Through found objects, paintings, film and x-rays, she raises the questions about the limits of perception and the relationships between appearance and reality. Fundamental to her work is the recognition that there is knowable reality.

In interviews, Garcia often mentions that her paintings of wrapped objects may or may not contain the objects revealed in adjoining x-ray photographs. The implied narrative created by juxtaposing x-ray and image is insufficient for Garcia. Uncertainty lies in the fact that the identity of the object cannot be objectively proved. Her work reveals the process of the painting to be as illusionary as the manipulation of a photograph. By so doing, her work suggests that it is the artists manipulation of perception that defies knowability.

Her use of maps and x-rays mark places in space andbodies, identifying presence in traceable locations. These forms of recording assert the knowbility of the world in symbolic ways even as her paintings undermine that certainty.

Amplifying the ephemerality of the recordable world is her video projected on an empty operating table. Recording the rituals of unfolding cloth before surgery, the image has no apparent physical presence. Its significance lies in the solemnity of the task and the soothing quality of repetition. An endless loop of advance preparations is revealed. As with her paintings of wrapped objects, confirmation is denied. Only the implications remain and so questions of whether ot not one is watching an actual preparation or only a reenactment persist.

These two explorations of Roldan and Garcia of the world exemplify diverse ways of perceiving and understanding the world, ways shaped by history and in ways uniquely theirs. This is how the three are perceiver

From Tracing Faith and Fact by Laura Fan, part of the Rx Critical Remedies catalogue. 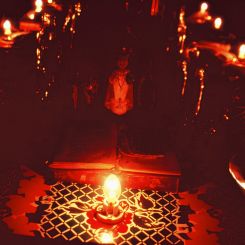 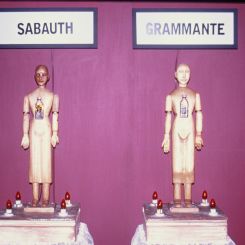 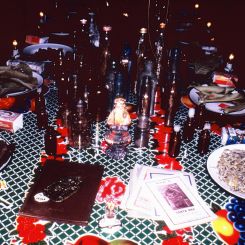 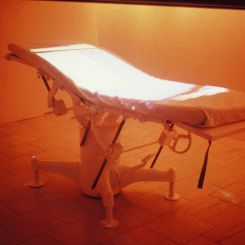 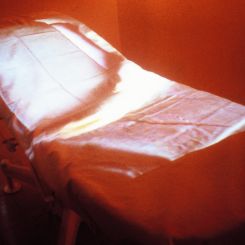 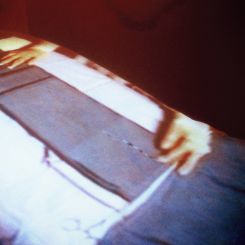 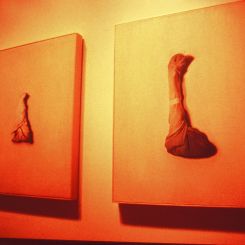 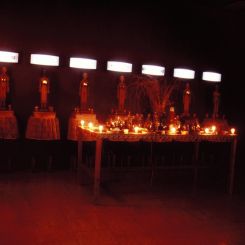 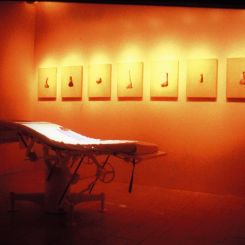 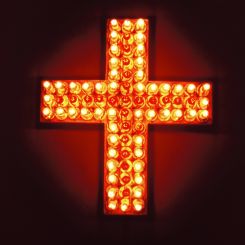