"Every grave uncovered raises more than the bones."

Featuring artifacts excavated from Calatagan, Batangas in 1958-61 and new sculptures and a video work created by artist Maria Taniguchi.

The title refers to the fact that the artifacts on display were retrieved from burial sites in Calatagas. Eugenio Lopez, Sr., founder of the Lopez Museum and Library, gave financial support to the activity thus, some of the pieces were given to the museum. Other samples of the artifacts can be found in the National Museum of the Philippines.

“The excavations have been carefully accomplished… the sites mapped, graves photographed, skeletal materials recovered when possible for future study of the physical types of the pre-Spanish Filipino." — letter to Eugenio Lopez Sr. from the National Museum Chief anthropologist, Robert fox, dated 8 Feb 1961.

The grave furniture, according to Dr. Robert Fox who worked on the site along with the National Museum of the Philippines, were usually found behind the head, near the waist and at the feet.

The exhibition makes another section of its collection available to a contemporary audience and engages them in discussion across a variety of disciplines. The pottery collection of the museum began soon after the museum’s own doors were opened to the public. Part of Calatagan digs vigorously undertaken during the 1950s and 60s, the present collection forms less than a fraction of a greater national collection found scattered in private homes and museums. It is also sadly (and fortunately) part of the remaining objects that survived WWII. The conversation that this exhibition hopes to establish will not be limited to the new places of repose and the journey to their present sites.

Maria Taniguchi whose practice cuts across several media has been invited to explore the capacity of the pottery collection for close scrutiny within the context of its museological trappings as well as its archaeological frame. In Grave Findings she uses the pottery itself as point of departure, Taniguchi studied pottery making to understand the process and undertook research (including participating in a dig and returning to the site in Calatagan several times) to enlighted herself in many routes that brought the collection to its present place.

Primarily based on collections, most re-historic pottery and tradeware simply move from one resting place to another. Unearthed from graves wherein their function as funereal material is no longer, the narrative of their existence, however continues within a more auratic space — the collection or museum. Here they become part and parcel of the strain of material culture that clutters our imaginations and our reality; and for our part, the need to give meaning and value upon these objects which are neither of our time, but is now undeniably, and perhaps problematically ours.

Among the interviewed the present seems to portent a future that they would rather not enter, one which they would rather stay with their hands. But unlike the pottery whose existence is now frozen within vitrines and environmentally-controlled rooms, the Perados’ existence is towards unsure times and certainly capricious future. How can these issues be reconciled? Is there a need to reconcile such questions? Or should we ask ourselves more difficult questions that speak of morality of such decisions made in the past, as well as the ethical problems such actions brought about? Taniguchi creates a site of tension within the installation at the Lopez Museum and Library and asks the audience to negotiate the situation. And hopefully the come up with answers that balance the intellect and the spirit, economics and culture, the rare and the ordinary, the dead and the living. 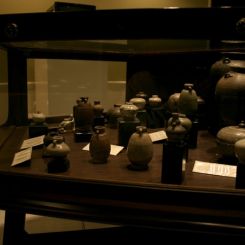 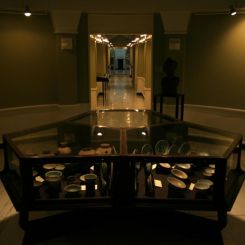 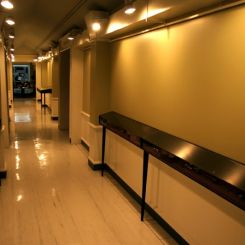 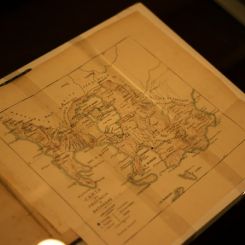 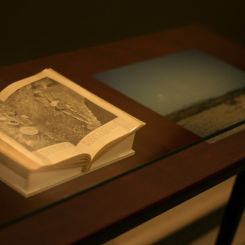 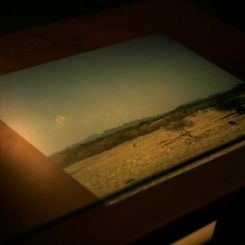 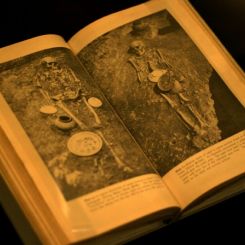 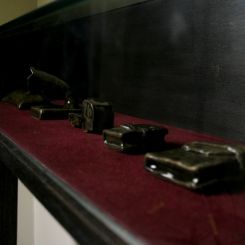 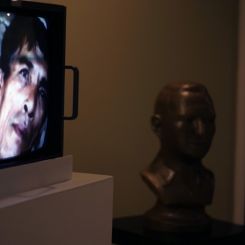 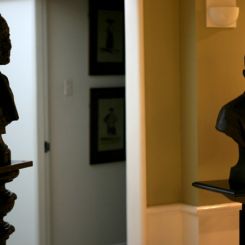 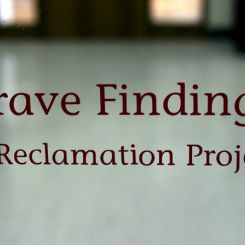