Cut & Paste alludes to how the language of advertising is essentially appropriative, building upon what has come before as well as breaking ground to make room for the minutest of changes to more radical innovations. The exhibition attempted to draw parallels across the use of popular iconic images—Inang Bayan, the bumbling Kenkoy, along with other references to Filipinos aspiring to lifestyles made more and more complex by nascent capitalism.

Cut and Paste features advertisements taken from magazines such as the Sunday Times Magazine, Excesior, Graphic, Fotonews. In human-computer interaction, cut and paste or copy paste is a user-interface paradigm for transferring text data, files or objects from a source to a destination. Most obiquitous is the ability to cut and paste sections of plain text. This paradigm is closely associated with graphical user interfaces that use pointing devices.

The term cut and past derives from the traditional practice in manuscript editing in which paragraphs were literally cut from a page with scissors and physically pasted onto another page. This was standard practice as late as the 1960s. Editing scissors with blades long enough to cut 8 1/2" wide page were available in stationery stores. The advent of photocopiers made the practice easier and more flexible. If one looks at the definition and origin of the term, one gets the sense that the process is mainly mechanical. But is it really just mechanical?

Some of the illustrators were L. Viejo, IV Monera (both for Excelsior) and Jorge Pineda (for Renacimento Filipino). Apart from being influenced perhaps by Jose Honorato Lozano's letras y figuras and print making, artists were also influenced by art nouveau in the look of their ads. Art Nouveau was an intentional style of art, architecture and design that peaked in popularity at the beginning of the 20th century (1880-1914) and is characterized by highly standardized, flowing, curvilinear designs often incorporating floral and other plant-inspired motifs. The ads were done in this manner. Art Deco was another influence. Art Deco was a popular design movement from 1920-1939, affecting the decorative arts such as architecture, interior design, and industrial design, as well as the visual arts such as fashion, painting, the graphic arts and film. This movement was, in a sense, an amalgam of many different styles and movements of the early 20th century, including Constructivism, Cubism, Modernism, Bauhaus, Art Nouveau, and Futurism. Its popularity peaked during the Roaring Twenties.

Cut and Paste displays advertising images to show the intersections between the once rigidly imagined domains of lowbrow and fine art. As a fledging nation just beginning to build up an advertising industry spawned by America's colonial experiment in the late 1800s, the Philippines is shown to have avidly taken up iconic images such as the British Columbia morphed into America's Liberty subsequently transformed into the Filipino Inang Bayan. That these appeared both in advertisements for such banal items as paint as well as signature national exposition signatures in international fetes was no coincidence as economic and political interests merged with the impetus to put forth a public image of nation. Yet, a closer look at these images also illustrates that the borrowing went both ways, with American companies lacing marketing of their products with Pinoy flair as in the ads of Jacob's Biscuits, Horlick's malter milk, Dodge Brothers cars, Menzi palm oil, and Mobil oil. On the one hand revered Pinoy as well as Asian icons were also infused with a deliberate degree of banality as when sacralized sites and objects like the Taj Mahal, San Sebastian ad Christ the King Church, Venus Milo, the Sphinx Egypt , and various historical and religious figures (Panday Pira, Rajah Maranda, Sikatuna, Marcela del Pilar, Jose Rizal, William Shakespeare, Lazarus and the Three Maji) was also co-opted to elevate the consumption of products such as insurance, batteries, lamps, etc. As an image-rendering adjunct to commerce, art was also tasked with weaving the mystique of pre-war/peace-time Philippines anchored on time-locked visuals of the mestiza, harana, and the signature of nostalgia as Mayon and the Ifugao rice terraces. 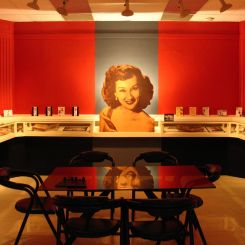 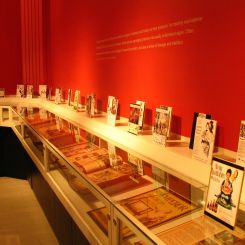 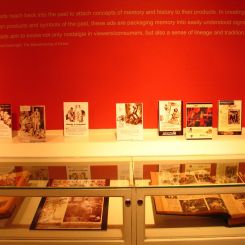 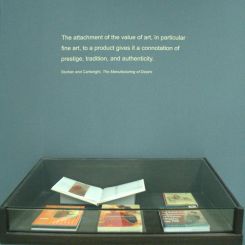 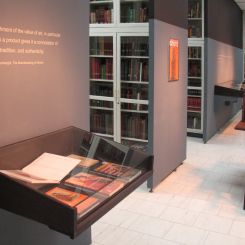 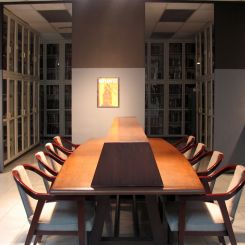 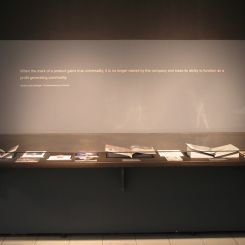 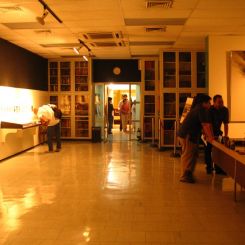 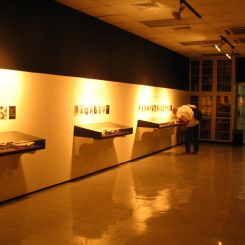